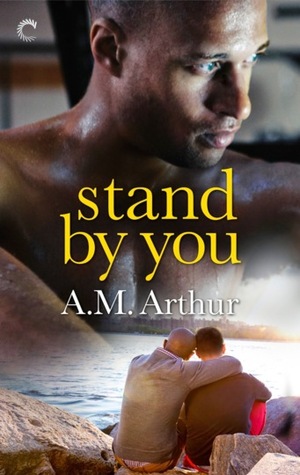 Romy was in a terribly abusive relationship.  He finally got out and is living with some new friends and working in their coffee shop.  He’s still very skittish and trying not to panic over every little thing.  Brenden is the bright spot in Romy’s life.  Romy’s pretty sure Brenden is straight, but it doesn’t really matter because what he most needs is a friend, and that’s what Brenden is for him.   And even if Brenden was gay, Romy knows he deserves someone better than Romy.  He deserves someone who isn’t such an emotional mess and who hasn’t lived such a rough life.

Brenden knows he’s gay, but he’s not sure how his family would take it, so he’s not out to anyone.  He knows he’s falling for Romy, though.  He wants to protect Romy and build him up and make him smile.  He’s just a janitor who lost his football scholarship, though, and he knows Romy deserves more.  He’s happy being friends with Romy, though.

This whole story made me smile gooey happy smiles.  Well, ok, not the whole story, because Romy’s abuse history is just awful.  But I give the book bonus points for giving what I think is a realistic portrayal of how that abuse would affect a person, and also for giving a realistic view of what it would take to overcome that past.  But the parts not about the abuse, the parts where Romy and Brenden make each other happy as friends and inch their way toward more?  Those parts were delightful!

This book is third in a series.  I read the first one and enjoyed it, but it was long enough ago that I don’t remember it well at all.  So I essentially read this book as a stand alone.  There was a little confusion for me in the beginning of the book, because both couples from the first book have large supporting roles.  Keeping everyone straight got a little confusing, but it really wasn’t important.  The story was pretty focused on Romy and Brenden, and it worked fine for me to just consider everyone else as an interchangeable “friend” for the purposes of reading.

There is a bit of a suspense angle to the story, but I was ok with it, which means it was pretty light suspense.  I really enjoyed this book and would recommend it to anyone who enjoys m/m, though it might be triggering for some due to Romy’s abuse history which is shared as a memory.