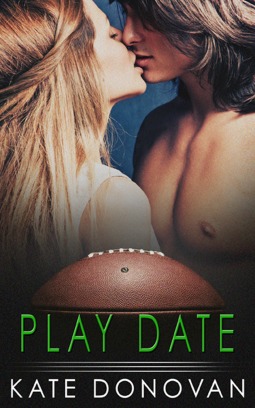 Our main characters, on team romance are Rachel and Bam.  Rachel is a kindergarten teacher.  Bam is a professional football player.  Rachel doesn’t know much about football. She meets Bam at a wedding where, once again, no one is hitting on her.  It’s just because she’s so beautiful. <Flag on the play!  A woman too beautiful to get hit on?  5 yard penalty.>

Rachel’s date, Sean, seems to only have eyes for the bride, until some mysterious blonde walks in and he disappears with her. <Unsportsmanlike conduct!  15 yard penalty!>   Rachel had planned to have sex with Sean and see if they could make a relationship work, but with a sigh and drink she gives up on that hope and leaves him to the blonde.  Surprisingly, to Rachel, Bam hits on her, and they end up having a quickie, or as Bam calls it, they bang. <Touch Down!  They’re going for two and… it’s good!>  Bam is blunt and a little crude, but Rachel finds she enjoys that about him.  He makes her feel desirable. She leaves the wedding happy with their tryst.

There are a few little things in the story that made it feel just a little dated, even though it was very recently published.  Bam shows up when Rachel is teaching kindergarten.  This easy unannounced access into the classroom of a school made the story feel out of touch with today’s elementary school security.  Another thing is that Rachel’s salmon colored dress is considered pretty cool.  Then there’s the time that Rachel leaves Bam in charge of her class.  I just don’t think that would happen at my kids’ schools – not without the teacher getting in trouble. <Safety!>

In any case, Bam has shown up in Rachel’s home town because he’s interested in a re-bang.  Rachel knows it’s pretty crude, but she’s absolutely down for a re-bang, whatever Bam wants to call it.  Rachel and Bam have a lot of chemistry that’s fun to read.  I really wish the book had been all about them!  <Touch Down plus the extra point!>

However, as good as Rachel and Bam are, we’re also stuck with a secondary storyline about Sean and Kerrie.  Kerrie’s the blonde from the wedding, and she’s married to Sean and Bam’s coach.  <Unsportsmanlike Conduct!  15 yards!>  Kerrie’s unhappy in her marriage.  Her husband cheats on her constantly and is emotionally indifferent.  But she doesn’t want to leave him because… she’s made a lot of contacts in the NFL and their charity work and she thinks she’ll be ostracized for divorcing a known cheater.  <Flag! What???? 5 yard penalty, repeat the 2nd down.>  No, really, she won’t leave her husband until she can divorce him and marry Sean in the same weekend.  She doesn’t want to be single.  <Flag on the play!  Cheating continues and reasons make no sense?  I’m just giving the ball to the other team.  I wish I could eject the players!>

So, Bam and Rachel are fun to read about.  They’re funny and sweet together, but about 1/3 of the book is devoted to Kerrie and Sean, and it’s clear we’re supposed to like them, but I didn’t.

I do give bonus points for creative role playing and some incredibly thoughtful gifts.  However there are additional penalties awarded for overuse of the word “drenched,” a pychotic breakdown in front of a mirror, and too many details about Rachel’s lesson plans.

I really wish I liked this book more.  If I could read it without Kerrie and Sean, it would probably be a B+ read.  As it stands, I’ll give it a C and recommend it for anyone who likes sports and could ignore the cheating. 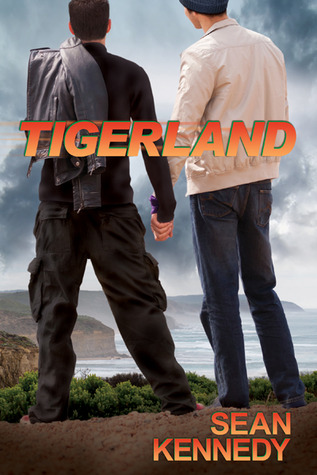 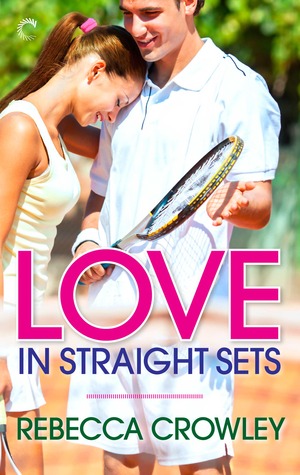 Regan is the resident diva of the tennis world.  She’s gone through coaches faster than Augustus Gloop ate his way through the Wonka factory.  She’s planning on retiring soon, but wants one last win.  A big one.  At the Baron’s Open.  Enter Ben, a one-hit wonder who won the Baron’s Open years ago and then disappeared from the tennis courts.  He’s agreed to coach Regan and she’s agreed not to fire him.  Both Regan and Ben are drawn to each other, but his job hinges on his ability to keep his hands off Regan, and his sister’s safety depends on him keeping his job.

The world of sports romance is dominated by MMA, football, baseball, and hockey men.  And while I enjoy a good sports romance every once in a while, I’m kind of tired of the same-old, same-old.  How many big, buff guys running around the football field or sparring in the ring can you really read about?  The fact that this one is about a tennis playing female was such a refreshing change of pace.

These are characters that I quickly fell in love with.  Regan wasn’t just an outright bitch.  You get to see what’s under the surface that makes her a character you root for. I loved that Ben saw right through Regan’s diva act.  He didn’t put up with her crap at all and saw through to the vulnerability underneath.  They both have their moments of stupidity that made me just want to yell at them, especially Ben.  But if those moments hadn’t been there I would probably be complaining that they were too perfect.

My only complaint…I would have appreciated more sex in this one.  There’s no sex until 84% into the story and then we only get one scene.  Honestly though, the story was so engaging that I didn’t realize that I was already that far into the story.

I absolutely loved this one.  It’s the first book that I’ve read by Rebecca Crowley, but I’ve already added some of her back list to my TBR pile.  This one is definitely worth reading.