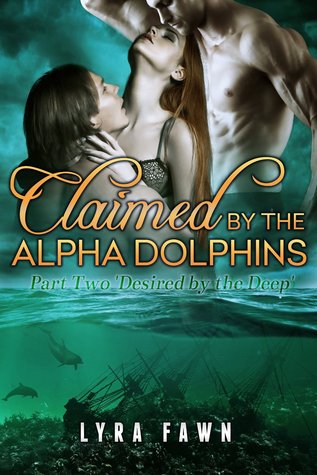 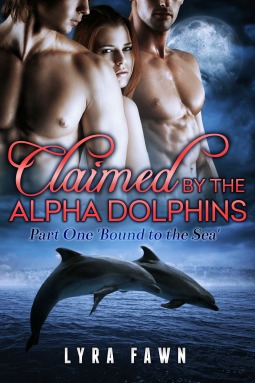 Two dolphin princes, a gang of murderous shark-shifters, and one little librarian with an over developed sense of curiosity.  Put all in a blender, mix well, and you’ve got the first book in this dolphin-shifter serial.

Lucan and Dario are princes from warring dolphin pods.  They have been exiled and sent to land to find a descendant of Neptune.  The Descendant will be able to finally bring an end to the dolphins’ war.  Mona has been drawn to the water all her life and spends a great deal of her time lying on the beach watching all the surfers.  It’s no surprise that she spots Lucan and Dario the minute they step on the beach. They just have an aura about them.  What is surprising is when, in the midst of a shark attack, she notices them shift into dolphins and drive the shark away.  What’s a girl to do?  She either has to follow them to see if they really did turn into dolphins or she will have to wonder the rest of her life.  Of course, she follows them.

I got a little excited when I read the title of this series.  Dominate dolphin shifters?!  Sign me up.  And I was not disappointed.  Lucan and Dario are both swoon-worthy princes.  Mona is impulsive and carefree.  I feel like her character has some growing to do, but this is only the first part of a serial, so I’ll cut her some slack.  I look forward to seeing where these characters go from here.

I do feel it worth noting that there are a few steamy sex scenes in this book, but no menage scenes…at least not in this installment.

I’m curious on two things though.

2.  The new fad of serial releases is starting to grow on me a bit.  How about you?  Are you a serial fan or not? 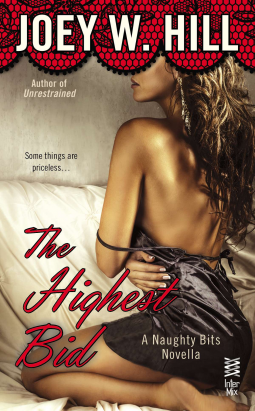 When Madison inherited her sister’s lingerie shop, she met Logan-a Dom who owns the hardware store next door.  A while back, Madison told Logan about her secret fanatsy, and this final installment of the Naughty Bits series is when Logan decides to make that fantasy a reality.

I enjoyed this one a lot.  Madison finally, finally, finally starts to believe that it’s possible for her to have a realtionship with Logan, despite her numerous failed realtionships in the past.  As with the rest of the installments, this one is best read in privacy.  Your face will flush and your heart will race (among other things) while reading the sex scenes.

I wish it hadn’t ended as abruptly as it did.  I would have loved to see an epilogue or at least a few more chapters.  I left the book feeling happy for Madison and Logan but wondering how long it could really last for them.