To say that this one was steamy and hot would be the understatement of the year.    This is not a book that you read in the living room with the family all around.  They’ll start asking questions about why you’re blushing and sweating.  This is a book that requires privacy for reading. 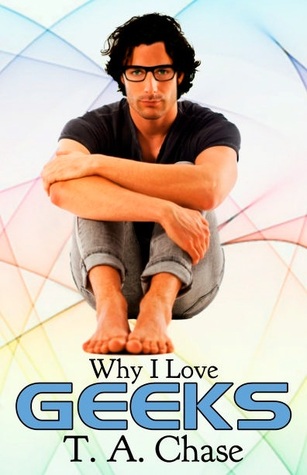 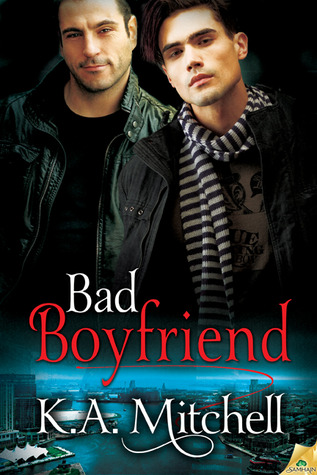 Grade: A
Hotness Level: Inferno
Kink Level: No Kink
Genre: Contemporary, m/m
Series: Bad in Baltimore #2
Published: 12/6/11
Reviewed by Anne
157 pages
Quinn lived with his closeted boyfriend, Peter, for 10 years before Peter came home and dumped him – confessing to an affair with a woman who got pregnant and Peter was going to marry.  Peter is an asshole, and Quinn is shocked.  He’d given up so much to be with Peter, and Peter’s acting like they’d just been friends with benefits all along.
Fast forward nine months and Peter wants Quinn to be the godfather of his baby.  Quinn decides to bring a date to the baptism.  He doesn’t need to be in the closet anymore, and what greater revenge could there be than bringing a date – and if he could be a bit flaming and in your face about his gay-ness?  Well, that would be great.
So Quinn goes boyfriend hunting at a gay dance club bar and finds Eli.  Eli is much younger than Quinn.  Young enough that Quinn asks for Eli’s ID to make sure he’s legal!  After years of living with Peter, Eli is refreshing!  He knows exactly what he likes and he’s not ashamed of it.  And an older man like Quinn?  That’s exactly what Eli likes.
There were so many things l loved about this book!  Both Eli and Quinn are working through things.  Interestingly, Eli initially writes off a relationship with Quinn because Eli feels like he has enough drama in his own life, and he knows Quinn has even more!  The contrast between an older man who is getting used to being more openly gay and a younger man who is very confident in who he is and what he wants was wonderful!
There is some “Daddy” play that squicks me out a bit, but overall the two are so sweet together and it clearly was a kink they both enjoyed, so it ultimately felt ok to me.   I also had some concerns about Eli’s financial stability.  He and Quinn never fully address this, which surprised me.
There is so much good to mention, though! The book gets bonus points for me in addressing the fact that Quinn is older than Eli.  Quinn needs recovery time between episodes of sex and he’s a little embarrassed by that.  It’s never a problem for them – in fact it becomes a sexy thing for them, but it’s there and it’s mentioned and dealt with – honesty that i really appreciated!  Another positive is that Peter, while definitely the villain of this story, isn’t just two dimensional. He’s done some awful things, but he’s pretty pitiable, too.  I loved Eli’s friends (and I had to go read their story – Bad Company – yes, I read out of order!) and I liked the family Quinn made for himself.
I highly recommend this book and it’s going on my best of the year list!  As I mentioned, I haven’t read this series in order.  Bad Boyfriend stands alone very well, but I kind of wish I’d read Bad Company first, since it features several of the same characters.