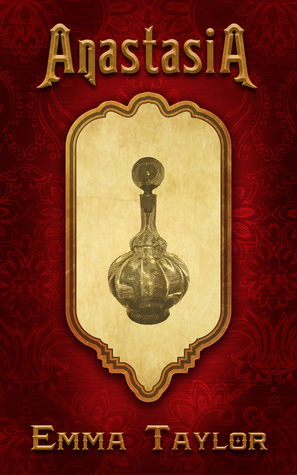 Anastasia’s father casts out her mother and younger sister, suspecting that they’ve corrupted the magic that kept his farm producing well.  Anastasia, still a child herself, goes with her mother.  Soon her mother remarries and Anastasia has a new step-sister who likes to sit covered in ashes, Elle.  This sets in motion an interesting re-telling of Cinderella.

As a fairy tale, it was an interesting read, but as a romance it failed.  I was fortunate enough to get an ARC from NetGalley, and it came with a warning that this was not an explicit romance.  I have no problem with that, especially when I know it going in.  My problem with the romance was that I felt like their attraction to each other came off as sisterly.  This is due, in part to their young (elementary school) ages when they meet each other.  To me they always seemed like sisters.

I also had a few problems with the world building in the story.  It’s presented as a place where women have few options.  Ana’s mom prostitutes herself to keep them in a crappy apartment before she marries Elle’s rich father. Later mom encourages Ana and Elle and little sister to attend the prince’s ball because marrying him will keep them safe in the future.  So, this picture is painted of the world, but then things happen that seem out of place in the world.  Ultimately Ana and Elle’s financial problems are solved through connections they made, not marriage.  That’s cool with me, but it really caught me off guard in the world the story took place in.

There was a Big Bad in the story that I enjoyed, but it felt a little rushed into the last part of the book.  It was also handled fairly easily.  That actually worked for me, since I don’t particularly care for suspense, but I know others might have a problem with it.

I’d recommend this book for someone who enjoys a fairy tale retelling, but it didn’t really work for me.