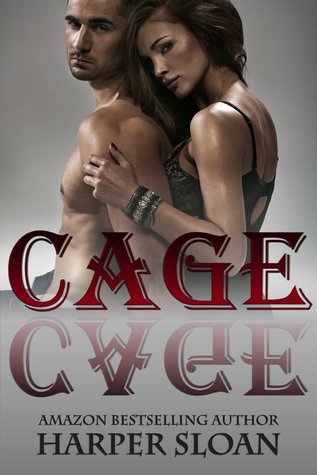 Harper Sloan is one of those authors that know how to write a foul mouthed hero. The men in this series so far do indeed have very filthy mouths. This makes me giggle and maybe twirl my hair just a bit.

Greg Cage started Corps, Inc., which is a security and protection company. He employed his Marine buddies after they all finished their tours of duty. He’s a protector in every sense of the word. He has a very soft spot for women who have been in abusive relationships. His two best freinds, Dee and Izzy, he’s very protective of. Izzy’s past hits way too close to home for him. She had an abusive ex and so did Greg’s sister. Greg lost his twin sister to her abusive husband. Her death has weighed on his soul for over a decade.

Melissa is a nurse of some kind, maybe a medical assistant. She is the sole support for her family. She and her mother help raise her nephew. Melissa lost her sister when her sister’s husband had her killed. Since then, they have battled her sister’s ex mother-in-law for custody of her nephew.

When these two first see each other sparks start flying. Greg is all in from the very beginning. When their pasts collide it’s a scary moment. Will he lose Melissa because of keeping a secret he knew he should’ve told her about? Will his CRAZY ex ruin their relationship?

This is a really good series and I’m enjoying it. In close, I’ll leave you with some dirty quotes from this story.

“Babe, I need to know what to call you when I slide my dick into your body.”

“You can call me whatever you want as long as you’re screaming it.”

“The next time you call me Sir, it better be when you are begging for me to let you come.”

One thought on “Cage by Harper Sloan”