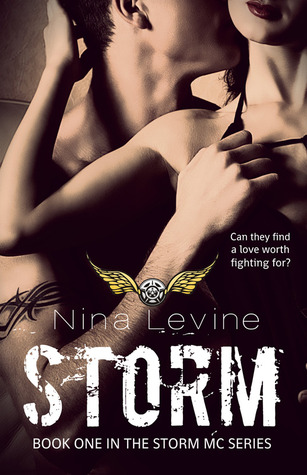 Ok, I like biker books just as much as the next girl but seriously, this book was just boring. I had to force myself to read it. Ugh.

Jason is a biker and part of Storm MC. He had a thing with the President’s daughter but ended because of some bad stuff going on after she was attacked. This broke her heart and started her down a very self destructive path of drinking. The club decided she needed to leave town for a while and she did. She made a new life for herself and cleaned up her act, somewhat. She was still kind of a slut but she did stop drinking.

Events from the past come up again and the MC said it was time for her to come home. I get why she did it but she seemed weak to me. I know love can make you all sorts of messed up inside but come on. I’d tell you her name but honestly, I can’t remember it. That speaks volumes to me.

I don’t know whether Madeline Sheehan ruined this book for because she’s so wonderful or if it was really that boring.