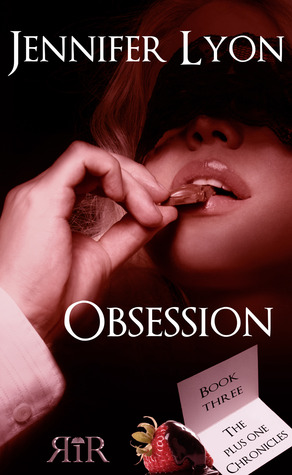 This is the conclusion to the Plus-One Chronicles.

At the end of the last book, Sloane had just confessed his secret to Kat, knowing he would likely lose her. But she had made him promise earlier to never lie to her, so he kept this promise. Kat being Kat, chose to love him anyway but hoped he’d change his mind on the revenge he had planned for Lee Foster.

We got to find out if David was involved and if so, how. That closure went well, I thought. Kellen and Diego moved into their own house but were still around for Kat. Kat made a decision regarding the futures of her and Sugar Dancer. Kat and Sloane’s relationship with Drake was beautiful and by the end of the book I was sobbing.

I really liked this series. Good characters and plot. Plus hot sex, what more could you want? Everything tied up nicely. Slaone realized he wasn’t his mother’s son, he got his closure for Sara, accepted Drake as the father of his heart and that Kat was his only one not a plus-one. I will definately read more by Jennifer Lyon.