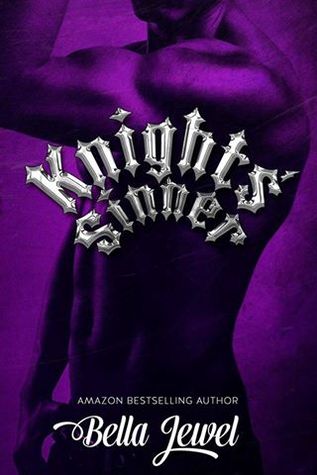 This is Jackson’s story. He’s the President of the MC and kind of a soft hearted guy. He has to make hard decisions that take their toll on him but he loves his club and his biker brothers. This story also continues with the suspense of the Hogan drama. After a girl crawls her way into the compound badly beaten, the club takes care of her and helps her rehab. Jackson allows her, Serenity, to stay at his home with he and his grown daughter, Addison.

Serenity has a HUGE secret. She’s Hogan’s daughter and she’s a spy for her father. She has to get him info regarding Jackson and Spike’s clubs so Hogan can destroy it. He wants to kill them all. He’s threatened Serenity’s best friend’s daughter if she doesn’t. After spending time with the club, she knows they’re not the bad ones in this scenario. She builds friendships with the women in the club and really likes them. Her father is a monster who beats her constantly and her fear for the little girl is real. She also falls for Jackson, who is fifteen years her senior. She knows what will happen when he finds out she’s betrayed him. So, she starts feeding her father wrong info to protect the club and the man she’s grown to love.

I really enjoyed this book and this series. This is the last full length book of it but there is a novella featuring Muff. Yep, that’s his name and yes you can guess what he likes. I would recommend this series to anyone who wants a scorching hot series with foul mouthed alpha males and just enough suspense to make it fun.