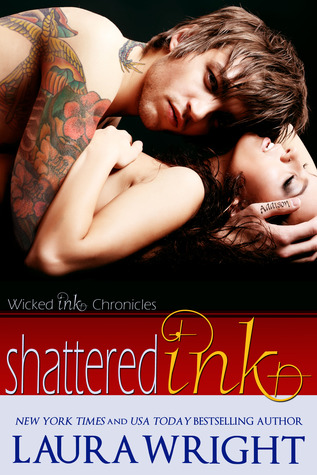 This is a continuation of Addison and Rush’s love story. Rush is still in Las Vegas working at his tattoo shop and Addison is back in Cali trying to get through finals, so she can graduate. Addison is worried about what happens next for them. She’s not content to see each other for a day here and there or even on the weekends. She wants to be with him as much as possible. To see him, touch him, make love with him and wake up next to him.

Rush wants Addison to move to Las Vegas and in with him. He plans to ask her when she comes for the weekend. He hopes she feels the same way he does but he’s cautiously optimistic. He forgot that his ex is coming to town this same weekend and will be working in his shop. He tries to keep the two away from each other because he confided in his ex about what happened between he and Addison in the past.

I love this series. I just wish the books were longer. It’s a series a very short novellas. I adore the characters and I admit I’m a little in love with Rush. He’s a very sexy character. He’s got a filthy mind and a filthy mouth. Both are things I absolutely adore. This kind of wraps up their story and the next book is about Vince and Lisa! I look forward to it and all the wonderfully filthy sex scenes and dialogue that I’m sure will come with it!