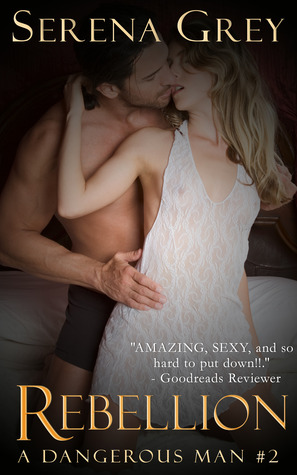 This books starts right where the other book finished. It too is a novella.

David and Sophie are married and headed to where David lives. Sophie is totally enthralled with her new surroundings but David is as aloof as ever with other people. Especially regarding Sophie. The physical part of their relationship is wonderful but she wants to spend more time with him. Get to know him better but his work schedule won’t allow it. She spends her days drawing, getting her makeup done, and dealing with her personal shopper.

During her turn with the personal shopper, she finds out that all the people she has come in contact with have had to sign a non-disclosure agreement regarding her. This is just another of the many red flags that come up about their relationship. She loves David but he won’t say the same. Her insecurities from her past almost choke her.

Why did he marry her? Who is this Carole? Why does he hate his mother? Why is he apprehensive about them being seen together in public? Is he as dangerous as people say he is? Will he ever love her?

I’m going to read book three now and I hope I get some answers. There are copious amounts of sex in this book, which I love. If you want to read a series that’s about the same couple but not a long book commitment, try this one.

2 thoughts on “Rebellion by Serena Grey”