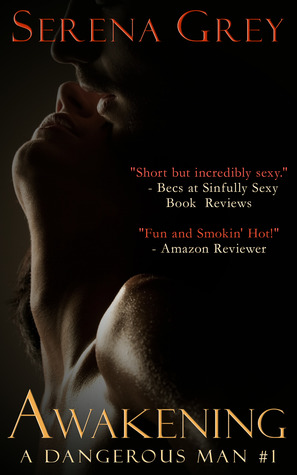 Wow! This is a really short story that’s a teaser to the continuing series. It was free on Amazon so I thought I’d give it a try. I don’t know what spoke to me about it but speak it did!

Sophie is a girl whose mother died giving birth to her. She was raised by her aunt who was a total hateful bitch. She was very hard on Sophie and constantly told her that she killed her mother by being born. She was über strict and very emotionally abusive. Always telling Sophie shed end up like her mother, pregnant and discarded.

Sophie works in a gift shop owned by her aunt’s lawyer, who took her in after her aunt’s death. Sophie loves to draw but was never encouraged by her aunt to pursue it. She knows she needs a change in her life and is going to move to a nearby town.

I totally buy into love at first sight. I’m not sure that’s what this is but I’m going with it for now. It was steamy even though Sophie is only eighteen and innocent. I don’t care, I’m all in.

2 thoughts on “Awakening by Serena Grey”