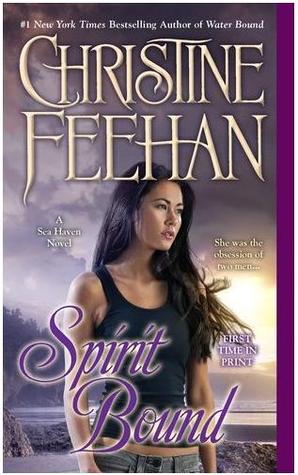 Maisie is a witch.  After being forced to watch her mother burned at the stake, Maisie is taken in (actually, nearly kidnapped) by a very rich couple who keep her safe and raise her.  Unfortunately, her adoptive “father” Cyrus is also grooming her to be his possession and tool.  He raises her to be afraid of witch hunters and hide her powers, all while guiding her to use them for his benefit.  Once Maisie realizes what is going on, she runs away and talks ship captain Roderick Cameron into taking her aboard his ship, which is on its way to her homeland of Scotland.  In exchange for the trip she agrees give him her virginity.  He doesn’t believe she’s a virgin, but agrees to take her on in exchange for sex.
One of the most delightful things about this book is how this setup is quickly turned upside down.  Just reading the summary above or the back of the book blurb sets you up to think Maisie is sacrificing her virginity in order to escape a horrible situation.  In actuality, you find out quickly that losing her virginity will bring her into her full witchy powers.  She knows this, and is using Roderick for her own means.  This makes it so they come into this relationship on pretty equal grounds, and that was refreshing!
Maisie also turns out to really enjoy sex, and isn’t shy about that.  Roderick, in turn, really enjoys the fact that Maisie enjoys sex.  There’s no slut shaming and no “sex=evil” in this story which was great!
Maisie is also a strong character.  She finds herself in a tough situation and devises a plan to get herself out of it.  I found myself rooting for her, and as much as I liked Roderick, I really wanted Maisie to be her own hero and save herself.  I want you to enjoy this book without me spoiling it for you, so I won’t detail how things worked out, but I was really happy with the resolution of things.
One final note: This is the third book in the Taskill Witches series. However, I had no problems following along without having read the first two. It stand alone very well – the only problem is you’ll want to go back and read the first two, because this one was so good!