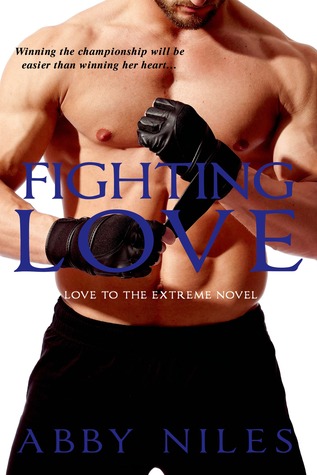 To say Tommy Sparks is down on his luck would be an understatement. He’s lost his MMA title, his self respect and his house. When he was at the top of his sport, he had it all. Money, women popularity and his best friend, Julie. Due to some of his issues, he lost it all. All of it except Julie. Now he has to move in with her until the insurance pays for the losses due to his house catching on fire.

Julie has loved Tommy since she was ten years old. He was her savior then and her very best friend since. They used to sneak into each other’s room at night, when their home lives became too much. She has watched an endless parade of friends and women come through Tommy’s life. And still, she loves him. She so desperately wants Tommy to see her as a woman and not his “sister”. When she offers him a place to stay she knows she has to be careful with her heart and feelings.

This was a great story and more emotional than I thought it would be. I felt bad for Tommy because he never thought that with his past, he’d be good enough for Julie. I really liked both characters up until the end. I thought Julie became kind of a shrew. I know she always felt second place to Tommy’s fame but seriously, Julie! Calm your ass down! I will not hesitate to read the first book in this series or any others that follow. I just hope that the heroines aren’t shrews. 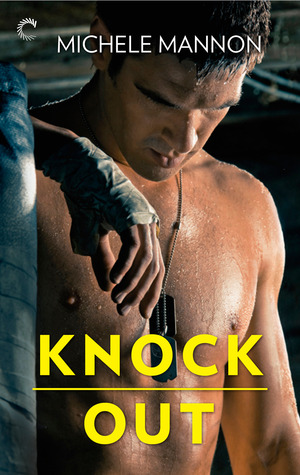 This book is actually more of a three and a half star book for me.

Keane O’Shea is a MMA fighter who is also ex-military. A Marine to be précise. He a big bear of a man in size and temperament. He fights not for the joy but for the release of energy and stress. He also has sex for the release but also because he likes sex. What man doesn’t? His sex life is uncomplicated because there’s no strings attached. The rest of his life is very complicated though. He has PTSD that he refuses to get treatment for. He’s guilt ridden over the death of his best friend and he’s surly at best most of the time.

Logan Rettino is a former ballerina still trying to pay off her medical bills. Her fiancé and dance partner dropped her during a performance and she broke her ankle. This injury ruined her career and her fiancé stole money from their accounts that she alone earned. She’s been insulted by him through the media relentlessly. She’s taken a job as a an Octagon Girl, she carries the cards that announce the upcoming rounds. Because of the humiliation of her injury being made public, people recognize her. She has success at being a Octagon Girl and only needs a few more paychecks to help her open her own dance school. Her boss is a wretch of a man. A surprise kiss starts a media frenzy between her and O’Shea. She’s given an ultimatum by her boss that involves O’Shea or she’s loses her job.

This was a good, solid read. It did seem a little long at times but was good overall. I enjoyed Logan as a character and she had a good heart. Keane O’Shea is a different animal altogether. This man is in real emotional pain which makes me less than pleasant. The love story was slow building but ended well. The sex was great when it finally happened but you did have to wait for it. I haven’t researched to find out if this is a series yet but I would probably read more from this author.

William, the Duke of Lamont lost everything he had when he was a young man. Everything but his title. One night that he can’t even clearly remember changed his life forever. A woman who disappeared, bloodied sheets and him standing accused of her murder. He became Temple, a bare knuckled fighter at the Fallen Angel gaming hell, where he is a partner with his three friends. All of which were exiled or shunned as well. All Temple wants is his life before that night back.

Mara Lowe is the woman from that night. She ran away all those years ago and reinvented herself. But now she has to face the past, hers and his. She offers him redemption in exchange for something she requires. But the cost of his redemption is her ruination.

I loved this book! I really needed to also. I was craving a historical and it was everything I needed it to be. This is a really good series. I didn’t classify it as that above because it isn’t really listed as one. Clear as mud? Temple and Mara’s story touched me in so many ways. Two tortured souls finding each other. Both victims of their childhoods and being under the control of everyone. Mistakes made in youth that cost them both everything. And both of them realizing that the road to redemption isn’t ever what you think it’s going to be. A sweet, moving and passionate love story. My favorite quote is as follows.

“Without the past, there would be no present. No future. I don’t regret a moment of it. It all brought us here. To this place. To this moment. To this love.”