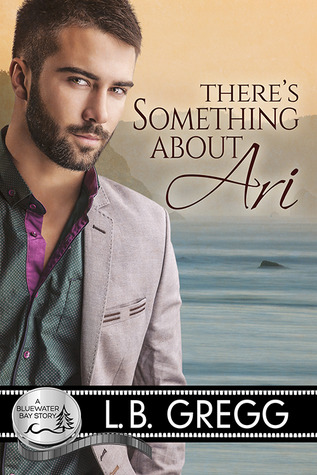 Buck Ellis was set to leave his small home town with a great college scholarship, but then his mom died and he stepped in to be a parent to his younger brother.  He took another blow when his best friend and secret crush, Ari, left town for Hollywood.  They haven’t had any contact in years, so Buck is shocked when Ari moves in to the house next door to him!  Ari’s in town to work on Wolf’s Landing, the hottest show on TV that just happens to be filmed in Ari’s home town.

This story is told entirely from  Buck’s point of view, which was a little disappointing, but makes sense in a novella.  The pacing felt a little quick, especially with their physical relationship, but again, it was a novella.  Actually, I think that it felt like it needed to be longer.  There was a lot going on between Ari and Buck, though they never really talked about it.

It was a good story.  I liked the relationship between Ari and Buck.  I thought the misunderstandings between the two of them were realistic and understandable. I did read the first story in this series, but I think this one would stand alone well.  I’d recommend it for anyone who enjoys m/m romance.