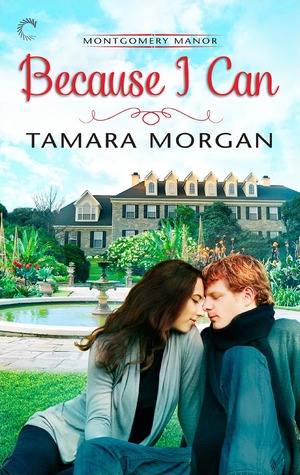 “Monty” runs the family hotel business and the family’s charitable giving.  He likes the second more than the first, but he knows he’s expected to do both, and he works hard to live up to his father’s expectations.  That means he’s a little boring and he’s not very good at all at socializing.  He’s a very serious man, and he doesn’t think that’s a bad thing.

Georgia is the handywoman on the Montgomery estate.  She stronger and more capable than Monty and most other men in the world.  She succeeds in a world very few women are part of.  Working for the Montgomerys and others around town leaves her with the money and time to manage the local home building charity.  She’s stubborn and surrounded by three overprotective brothers, but she’s got a crush on Monty.

When Monty wants to break out of his shell a bit, he agrees to help out on Georgia’s latest homebuilding project.  The more they see of each other the more they like each other.  Maybe they have more in common than it first appears?

I can’t sing Georgia’s praises enough.  I think she’s the more unique heroine I’ve read all year and I loved her!  She’s tough and she’s capable and she’s intelligent.  And none of this is ever an issue with Monty.  He’s not put off by her ways or her non-polished looks.  This was so refreshing to read!

There is a lot of humor in this book, too.  It had me grinning throughout the story.  Monty is turned on by Georgia’s boots, Georgia’s brothers are interfering, and Monty practicing dirty talk by recording himself so he can self-critique – you know that doesn’t end well!

The only thing I didn’t enjoy about the book was Monty’s family, especially his sister who swept in and steamrolled Georgia into a makeover – even if it was something Georgia was eventually ok with.  However, that was a small piece of the whole story, and it was totally made up by the strength of every other piece.

I highly recommend this story.  It’s going on my Best of 2014 list!  Do you have any stories with unusual heroines to recommend?