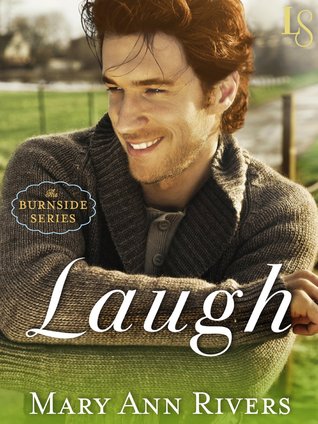 Grade: B-
Hotness Level: Inferno
Kink Level: No Kink
Genre: Contemporary
Series: Burnsides #2
Published: 5/6/14
Reviewed by Anne
224 ebook pages
Sam Burnside is a doctor who works too much and worries about his siblings too much.  He’s driving his partner in a new health clinic crazy, so she sends him off on errand to volunteer with a local farmer and build some goodwill in their community.  Nina Paz is that farmer and the chemistry between the two of them is immediate and electric.  The thing is, they both have some pretty serious issues they’re dealing with.  Sam’s got some crazy ADHD and a way of pushing away the brother and sisters he loves so much.  Nina is ten years out from the death of her husband.  She’s distanced herself from her family and built a new one made of a tight knit group of friends, but she’s still dealing with her losses.
This was a hard read for me.  Not hard emotionally, but I had a hard time connecting to the characters.  Honestly, it seemed to require a lot of reading between the lines to understand what was going on and how the characters were feeling.  That’s something I’ve really enjoyed in the previous books I’ve read by Mary Ann Rivers, but I struggled with it in this book.  Additionally, both Sam and Nina have lives filled with really tough and sad situations.  I know they took hope from their relationship and each other, but it was pretty depressing to read.
On the other hand, it’s full of one liners that made me laugh – the dialog is hilarious!  The characters are believable.  Sam’s ADHD was very interesting to read about.  It wasn’t a mild childhood thing that passed with age, but something he continued to struggle with and cope with.  That read very real to me.  He’s impulsive and blurts things out, and this causes him problems in his relationships.  Watching Nina come to understand this was very sweet.
I’ll definitely read more Mary Ann Rivers, and I’m thinking the dark tone of the things Sam and Nina were dealing with was just too much for me in this story.