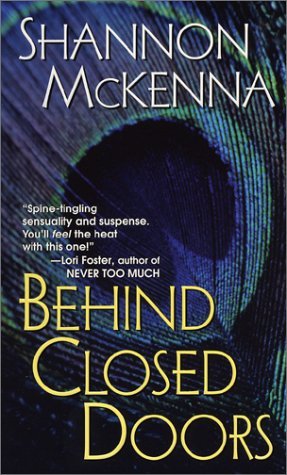 Haunted by dreams most of her life, Raine is on a mission to bring the man who killed her father to justice.  Even if that man is her own uncle Victor.  Seth is on a mission to hunt down his brother’s murderer.   And you guessed it, his brother’s murderer is Victor.  Seth has all of Victor’s properties under surveilance and has been watching the new hottie that moved into Victor’s former mistress’s house.  Raine got a job a her uncle’s company, and is staying in housing provided by the company (you guessed it
again, the former mistress’s old house).  So Seth has been watching Raine.  All right, I think we’re on the same page now.  Raine and Seth both want Victor dead. But can romance blossom at the same time?

I’m not a suspense reader, at all. But I decided that I needed to branch out, so as part of my yearly goals I decided to read one suspense book each month (fyi-I’m one month behind already).

I took Kay’s recommendation and tried this one. It was hot and steamy and full of tension and suspense. Everything that I imagine a good suspense is made of. I felt the first part of the story dragged a bit. Raine thinks she’s pulling off this huge con and her uncle doesn’t know who she is. Seth is still just watching Raine from a distance. But once the story picked up the pace, it just wouldn’t let me go. I simply had to keep turning pages to see how everything ended up.

If you’re a romantic suspense fan already, this one sure fits the bill. If you’re looking to give the genre a try, like I was, make sure you have enough time set aside because once you start, you won’t be able to put this one down.