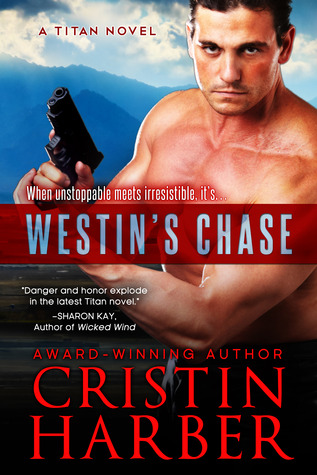 Jared Weston is the head of Titan, a group of black ops men. He’s super controlling but only because he has to be. He’s in charge of these men and their missions. He has always been a no strings attached guy and it’s always been fine with him. Until lately. He realizes that there might be more to him than his missions. He might want something more. When the woman he is interested in gets taken, he gets a jump start to these thoughts and plans.

Sugar is an arms supplier, only to those military types. Most of them are on the up and up. We met Sugar early on in this series and she’s a handful. Spunky and a little bit crass but totally endearing. She’s had her eye an Jared for a long time but his attitude has always kept her at a distance. She’s a modern gal, she enjoys men and what they can do for her sexually. When she goes on a mission, she’s captured. The person who was with her is rescued by Titan but she’s left behind because Titan didn’t know she was there. They do go back and get her though. But Sugar is changed by a meeting she has with a young girl. When she gets home she finds out there is a hit on her and she has to turn to Jared and Titan for help.

Cristin Harber has done it again. What a good book this was. Action, suspense and hot romance. But also, she took a trusted character and made him a traitor. But you still liked the traitor and totally understood his reasons for the actions he took. A great moral dilemma. Do you betray people you care about for those that you love? Wow, this is a really great series!