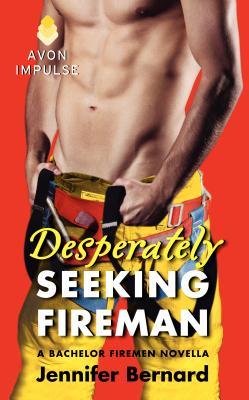 Jeb Stone is the captain of the San Gabriel fire department for shift C. He was married for several years but got divorced. He has an eighteen year old daughter who wants him to date and get on with his life. He meets Nita Moreno at his friend’s wedding. He’s instantly attracted to her and kind of flirts with her. He is still married at this time and this was a little off-putting for me. There’s a reason behind Jeb and his wife’s marriage but that’s for you to read.

The story moves ahead a few years and Melissa, his friend’s wife is coming to get an exclusive interview with a Senator. The Senator that Nita works for. This interview takes place in San Lucia and Jeb gets bamboozled into shadowing Melissa because she’s hugely pregnant. He’s surprised to see Nita and that his attraction to her hasn’t waned.

I hate to admit it but this is one of those series that I have fallen behind on. It’s a good series and I hope to catch up on it now. My main complaint in saying that is that her books aren’t on Kindle through my library. I love to support the authors I read but sometimes I can’t justify the money at the time I want to read it. Then I tend to forget because of the amount of books I have to read.

This is a novella and its just sweet. About two people who have lost and still keep trying to pull it all together. The story is witty, engaging and sexy. If you want a story that is just precious, this is it.