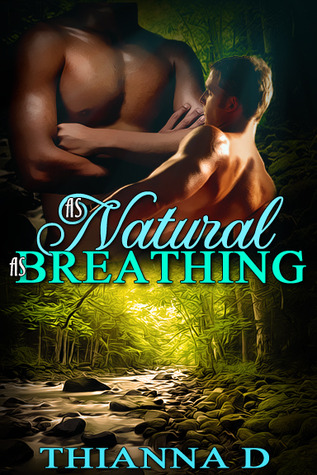 Christian returns from the Middle East with more than just scars and a bum leg. He’s dealing with depression and questioning his sexuality. Logan is definitely out of the closet and home from college on Christmas break. Both his parents and his good friend Kelli ask him to look out for Christian and see if Logan can’t help him figure some things out.
I really liked both Logan and Christian’s characters. They were deep and complex and together they we so good. Despite being in college, Logan really knows who he is. While a few years older, Christian is struggling with his “damaged” self. When they get together, the relationship is sweet and tender and spicy and hot.
As much as I liked Christian and Logan, I was bothered by the secondary characters. Logan’s parents are so easy going and accepting. And open…about everything. No kid needs to know that much about their parents’ sex life if you ask me. I couldn’t help but imagine Logan’s parents as Ward and June Cleaver. Christian was so sure that his parents would hate him if he announced that he was gay that when he finally came out (in a very big way) their reaction was a bit of a disappointment. Sad to say, but I was almost relieved when one of the characters actually had a problem with Christian being gay.
A few things I want to mention:
1. This is the first book in a same-couple trilogy. So while it has a happy-for-now ending, we know there are more trials ahead for Christian and Logan,
2. The blurb mentions domestic discipline. While it is discussed in this book, there is no actual practice shown on the pages (although it does appear that it will be a bigger part of the plot in the 2nd book), and
3. The BDSM doesn’t go beyond spanking with bare hand and implements.
I found this read enthralling and heartfelt. I can’t wait to see what happens to Logan and Christian next.
I’ve never been a huge fan of same-couple series, but it’s reads like this one that just might make me change my mind. Do you have any same-couple series that you would recommend?