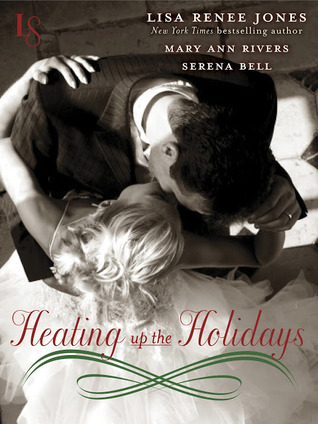 Grade: A
Hotness Level: Blaze/Inferno
Kink Level: No Kink
Genre: Contemporary, Novella
Published: 10/28/13
Reviewed by Anne
303 pages
Snowfall by Mary Ann Rivers (A) – First off, we start with Jenny, a microbiologist.  That’s right, a story featuring a female scientist!  Woo hoo!  Her love interest is the physical therapist she’s working with – and the conflict of interest there is very well handled.  The story is primarily about her personal journey to accept some changes in her life, and the love story is wrapped into that.  So good.  Mary Anne Rivers also wrote The Story Guy, which is one of my favorite reads of the year.  She is a new favorite of mine.  Fair warning – she writes in first person POV, from the heroine’s side only.  And it works.  Very well!  I highly recommend this story.
After Midnight by Serena Bell (A) – Miles is in a funk at a New Year’s Eve party.  He’s been (falsely) accused of embezzling from a charity he runs and was subsequently dumped by his fiancée.  Then he sees Nora dancing across the room.  She is happy and full of life.  They make eye contact and she surprises him by coming over to see him. The story of where things go from there is very good!  Well written with touches of humor that made me smile.  I haven’t read Serena Bell before but she going on my good list now!
Play With Me by Lisa Renee Jones (DNF) – So, I went into this one a bit hesitant because I associate with more suspenseful reads.  It had a strong start and I liked the heroine, but things started getting icky for me.  First our “hero” reminds one of his employees that she is “only cranky once a month.”  That was almost the end for me, but I think I was hoping our strong heroine would put him in his place.  But before we know it she’s essentially held prisoner for an entire day having her phone and computer and all contact with the outside world removed and no explanation given other than “there’s been a breach in security and we have to follow protocol.”  When our hero finally takes time to come tell her what’s going on, she quits (yay her!) only to be seduced by the mere touch of his hand shackling her wrist.  Umm.  No.
Despite not finishing the Lisa Renee Jones story, I’d still recommend this book based on the strength of the other two stories.  This may turn out to be a favorite year after year for me!  How about you?  Do you have a favorite holiday romance?

One thought on “Heating up the Holidays”