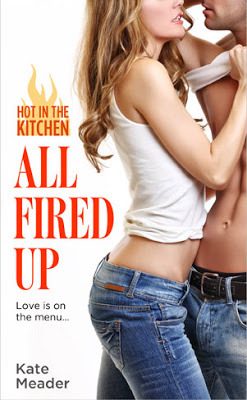 Cara DeLuca is an events planner at her future brother-in-law’s restaurant. She beautiful, aloof and private. Very controlled. She ‘s OCD about her cleanliness. But inside she is fighting her own very difficult demons. Her need to control consumes her. She’s the black sheep, the misfit, the one not easily understood. She’s called Lemon Tart by her co-workers because she’s so standoffish.

Shane Doyle is an Irish pastry chef trying to take the world by storm. He also wants to connect with his half brother, who is unaware of his true identity. He also has some demons to overcome. Shane was horribly abused by his drunk father until he got big enough to hit back. His anger, guilt and shame are a constant battle for him.

These two unlikely almost strangers spontaneously marry in Las Vegas at a family get together. When the smoke clears, Shane wants to try to work at the marriage but not Cara. She wants her mistake to disappear. She has enough baggage, despite her desire for love and a family.

I ended up enjoying this book quite a bit. Kate Meader is a new author for me and I was unsure when it drug a little in the middle, if I wanted to finish. I even stopped and read another book and then came back to it. I’m glad I did. I love the premise of kitchen love stories. I love secret marriages in my romances. I felt for both characters due to what they endured in their pasts.

I would recommend this book to anyone who likes a racy, sexy read. There was a boatload of sexual tension and when it comes to fruition, you get rewarded with a 28 page sex scene that will rock your socks off.