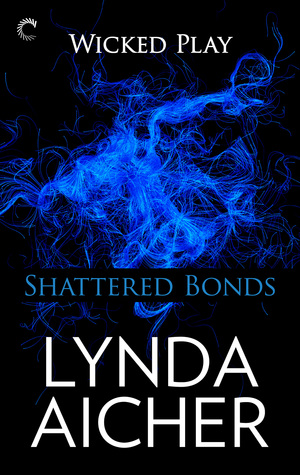 This is really a telling of 2 tales.  The first being the story of Noah and Liv.  The second being the culmination of the last 6 books.  Lynda Aicher does a fabulous job of weaving the two stories together.  Giving us enough of our favorite characters without cheating us of Noah and Liv’s relationship.  Because the characters from the other 6 books play such a huge part in this one, I think you would have a hard time reading this one as a stand alone.

The characters is this one, *insert happy, contented sigh here* blew me away.  Noah is so conflicted and hurting.  At times his pain almost made me cry.  Liv is such a caring and giving person, yet she realizes that she can’t “fix” Noah.  I loved that they supported each other, rather than fixing each other.

Lynda Aicher managed to write the last book in the series with a much lower kink level.  Have you run across any other series that have successfully done this?  Can you enjoy a tamer book after reading hotter books earlier in the series?

One thought on “Shattered Bonds by Lynda Aicher”