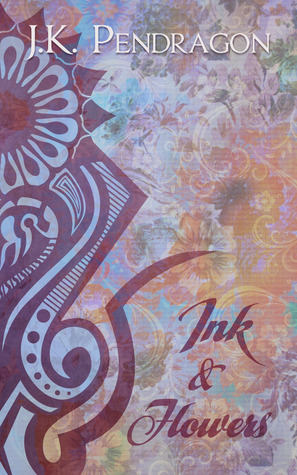 Luke, a shy anxiety ridden college student, needs a place to live. He’s practically broke and determined not to have to move in with his overbearing family. There’s a guy that comes into the flower shop every week who scares the heck out of Luke, just due to his rough looks and many tattoos, and the fact that he hit on Luke once. His name is Cooper. Cooper makes Luke a hideous bargain – have sex with me and you can sleep on my couch. Luke has spent a lot of time telling himself he’s not gay, but he agrees to the bargain anyway.

This is a fairly straight forward set up for a novella, and you certainly get the story promised, but there’s a LOT packed into this novella! You’ve got a controlling and repressing family, severe depression, anxiety that’s not really addressed, the question of paying for art school, Cooper’s career and mysterious trauma, Cooper’s habit of handling problems by running away, and erectile dysfunction! It’s a bit too much for this short of a story.

It was refreshing to read about a couple who didn’t have immortal hardons for each other, but I was disappointed that it seemed like their sex life depended on the ability to have an erection. I expected to see a discussion or practice of non-ejaculatory ways to be intimate. But, then again, I’m already complaining that there’s too much packed into this book! It was also interesting to read about a character with anxiety and see how it affected his life. But, again, it was disappointing that no treatment was pursued. Luke’s anxiety had a big impact on his life. So much so, that it’s difficult to believe that it will go away just because he’s come out.

This story is told solely from Luke’s POV, but that worked for me. The mystery around Cooper’s motivation and his transformation from jerk to sympathetic character was well done! Luke’s character growth made me want to stand up and cheer! Despite having so much packed into it, I enjoyed the story and would read more by this author.