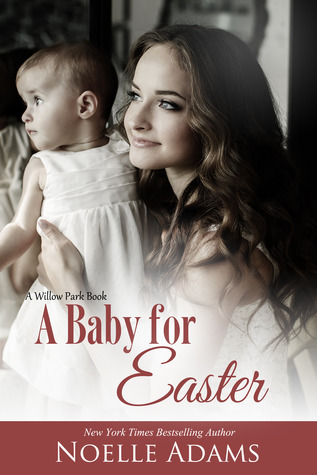 Alice and Micah spent a summer together as camp counselors in high school, culminating in hand holding and a memorable kiss.  But while Alice hoped for some kind of commitment, Micah left for college where he became a bit of a wild man.  Now, years later Alice has returned home to Willow Park after two broken engagements. She’s made a set of rules for herself, to keep her from falling for the wrong guy again. Tired of trying to live the playboy life, Micah has also returned home, hoping to live a life that makes him feel better about who he is. When a baby is dropped off and turns out to be his daughter, Micah turns to Alice for help.

Yes, this book includes religion.  Both Alice and Micah were raised in religious families.  Both are actively involved in their church.  But I wouldn’t classify this as a Christian romance, it was more just a part of who Alice and Micah were, rather than being preachy.

What this one was a gentle tale of two people striving to be better people and yet sometimes being their own worst enemies.  Alice is so caught up in her list of rules that she forgets to trust herself. Micah is so caught up in trying to overcome his past that he can’t get out of his own head at times. Yet the story manages to be emotional and gripping, rather than whiny and annoying.  If fact, I was so involved in the story and characters that I didn’t even realize that there wasn’t any sex.  I perfer my romances to have some sex in them (this is the Dirty Girls’ Good Books blog after all), but this one was great without it.

If you like small town contemporary romances, give this one a try.  Noelle Adams has a unique voice that I’ve enjoyed at every turn of the page. I look forward to investigating her backlist more.