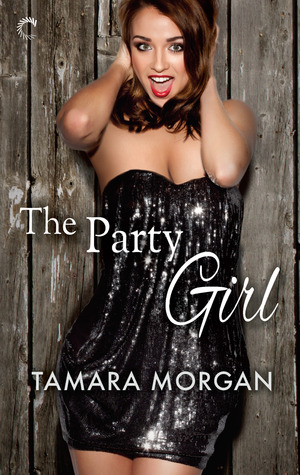 Grade: B-
Hotness Level: Blaze
Kink Level: No Kink
Genre: Contemporary
Series: Getting Physical #3
Published:2/3/14
Reviewed by Anne
250 ebook pages
Kendra is successful, happy, and self confident.  A one night stand with Lincoln left him wanting more, but instead they’ve become friends without benefits, and it’s through Lincoln that Kendra meets Noah.  Noah and Kendra couldn’t be more opposite of each other.  Kendra enjoys luxury and material comforts.  Noah lives off the grid.  No power.  No phone.  No car.  Really, the only thing they have in common is their friendship with Lincoln and his need for their help.  Well, they’ve got that and a tremendous case of horny pants that Noah says they can’t act on because Lincoln called dibs on Kendra.
Tamara Morgan is awesome at writing strong heroines, and she does a great job with Kendra.  A lot of times when I read a story I like the heroine because I identify with her in some way.  I didn’t feel like I had much in common with Kendra, but I really, really liked her.  She’s a woman very happy with her body and her looks.  She’s had plastic surgery (breast augmentation) and she’s proud of it.  I can’t imagine ever getting a boob job, but if I did, I hope I would own it like Kendra.  She meets life with a “This is who I am” attitude that’s admirable.
On the other hand, not only is Noah different from Kendra in outward appearance and lifestyle, he’s an emotional mess inside.  This could be a recipe for disaster, with strong stable Kendra being a martyr for Noah, but it doesn’t turn out that way, which is a very good thing.
Unfortunately the first half of this book really dragged for me.  I probably would have stopped reading if I hadn’t enjoyed books by the author before.  I’m really glad I stuck with it, though.  The second half of the book was much stronger.  My main issue with the first half of the book was that the main conflict between Kendra and Noah, the thing keeping them from pursuing a relationship they both wanted, was that Lincoln had this crush on Kendra that he was sure would evolve into the great love of his life.  Despite the fact that Kendra told both Lincoln and Noah that she was never going to be romantically involved with Lincoln, it was this bro code that kept Kendra and Noah apart.  This left a bad taste in my mouth, because I felt like they were treating Kendra like an object.  It didn’t matter what she wanted, Lincoln’s hopes for her determined Noah’s actions.  It was like she was a toy and it was still Lincoln’s turn to play with her.  That was really frustrating for me.
On top of all that, Lincoln came across as very unstable, and it seemed unrealistic to me that Kendra and Noah would enable him.  Seriously.  The book starts with Lincoln at Kendra’s house in the middle of the night with a stab wound.  He won’t go to the hospital for it because he’s in trouble with the police department *where he works*.  This whole premise is a mess.
On part of the book I really loved is one I predict others may have a problem with.  There is no slut shaming in this book.  The opening pages have Kendra at home with a younger man getting ready to have sex.  They are not in a committed relationship, but are both consenting adults.  They are interrupted by Lincoln, who is a former one night stand.  Kendra is also ok with her college aged younger sister having one night stands.  These are things some readers might not like – this kind of behavior seems reserved for only the men in romance.  I thought it was refreshing in this book to read about women so comfortable with themselves and their sexuality.
While I complained about the first half of the book was really enjoyable, and not just because Noah and Kendra were finally having sex.  It was full of relationship stuff that I love.  They’re so different, so how can they work things out?  Their path to happiness isn’t smooth, but it’s real and I loved it.
This is the third in the series, but I think it stands alone.  I remembered Lincoln and Kendra from previous books, but not very well.  I don’t know if they weren’t very developed in the first two books or if it was a memory lapse on my part, but I think it would stand on it’s own.  This wasn’t my favorite Tamara Morgan book, but it was a good one and I enjoyed it.  She’s on my short list of must-read authors.
How about you?  Who is on your must-read list?