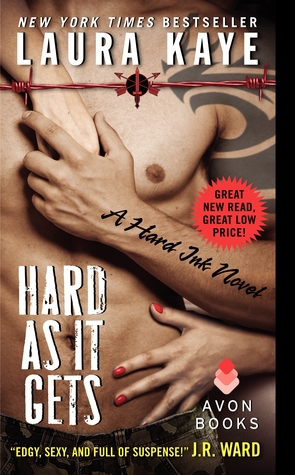 Nick Rixey is a former Special Forces soldier who was less than honorably discharged after a mission went terribly wrong. Half of his group was dead and the rest were left with basically nothing. He and his team know their commanding officer was responsible. He is trying to find his way in civilian life as a process server and a tattoo artist. He works with his brother, Jeremy at his tattoo parlor. One day a beautiful blond walks in asking for his help and his life will never be the same.

Becca Merritt is a nurse. She had a fight with her brother and now he’s missing. He left her instructions to find Nick Rixey to help her uncover the dangerous secrets he thinks he’s stumbled onto. Becca is unprepared for Nick. Her reaction to him is powerful and combustible but she desperately needs his help to find her brother.

This is a solid start to what I think will be a good series. I liked the characters and the suspense was good. As far as the suspense story, it’s a cliffhanger. The love story though has an HEA. The chemistry was hot and you couldn’t wait for the sex to start. The love scenes were good and steamy. I just wish they would’ve been a little hotter. Anyone who likes military romantic suspense will enjoy this new series.