The premise for this book was so intriguing that I would have wanted to read it even if I hadn’t enjoyed other book s from the series already.  Hunter is a super famous author of an incredibly popular paranormal book series turned TV series.  He’s got a horrible case of writer’s block and is way behind schedule on producing the much anticipated 8th book of the series.  Then he breaks every rule there is for a writer and reads the fan fiction novel his online friend “Lone Wolf” wrote and he realizes it would be perfect as the 8th book in the series.

Lone Wolf is Kevin, and he has no idea that his buddy “Wolf Hunter” is the author of the series.  Then Wolf Hunter suggests they meet in person and Kevin is blown away.  Blown away by Hunter’s suggestion that his novel be the 8th book in the series, blown away by how much money that could make him, and blown away by the attraction he feels towards Hunter, a man he’s long idolized.

The main conflict in this story comes from Hunter being a long time bachelor used to his own ways and space and Kevin struggling with the rapid changes happening in his life.  Some of the problems could have been easily solved by the two of them talking to each other, but it was totally understandable that they didn’t.

The story sets they guys up as unequal in several different ways.  Kevin is a low level white collar worker and Hunter is incredibly rich.  Kevin is superfan of the Wolf’s Landing Series and Hunter is the creator of it.  Kevin is an aspiring unpublished writer and Hunter is an established and successful writer.  Kevin is young and Hunter is about twice his age.  On top of all that, Kevin and Hunter are starting a personal relationship and business deal at the same time.  Amazingly and wonderfully, all of these differences are addressed in the story and even discussed by the characters.

My only complaint is that all of these differences made me uncomfortable at times.  Having a relationship with Hunter and believing all of Hunter’s advice was really a vulnerable position for Kevin to put himself into.  I wanted to believe that Hunter was a good man, and, of course, he was, but at times the inequality of their… power (I think that’s the best word) made me uncomfortable.

This is the fourth book in the Bluewater Bay series, books about the Wolf’s Landing TV show and book series.  I’ve read the first and second, and then skipped to this one.  I really think each book in the series stands alone.  There are characters from the previous books, but they don’t have large roles and it would be no problem reading these books out of order.  So far each book in the series has been written by a different author, and I’ve enjoyed that.  They’ve all been good and I’m looking forward to reading the others.  I’d recommend this book and this series to anyone who enjoys contemporary m/m. 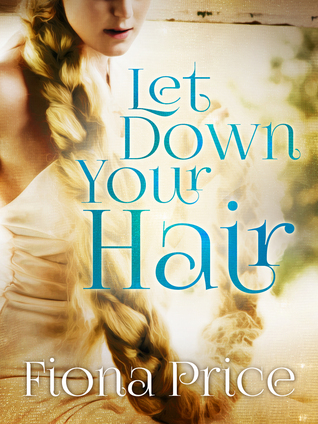 Sage is a modern day Rapunzel.  She’s was raised by her grandmother in a very unorthodox and extreme feminist manner.  It’s left her very sheltered and naïve about a lot of things and very suspicious and judgmental about others.  She even got her college degrees through online studies.  It’s not until she’s starting her PhD that she has many interactions with the outside world at all.  So she’s very, very surprised when she looks out her office window and into a classroom window and sees a nude man.  She’s also curious, and scared that her grandmother will get the man in trouble, so she dashes down and into the classroom.  That’s where she meets her prince, Ryan Prince, nude model for drawing classes.

As a contemporary set fairytale retelling, this story does an incredible job.  As a romance it really isn’t very good at all.  I think if I’d gone into it just looking for a fairytale, I’d have enjoyed it more.  However, it was listed as a romance, and that brings certain expectations with it, and unfortunately it didn’t meet those expectations.

For me, reading a romance means reading a story that is centered on a romantic relationship between the main characters.  In this story there is a romantic relationship, but the focus of the story is on Sage’s personal journey, and Ryan is just one of many characters in that journey, and he’s actually not even in the majority of the story.  Additionally, Sage’s journey ended up reminding me of a Danielle Steel novel – the kind where you walk with the main character through the darkest times in their life.  I avoid stories like this if I can.  While this one wasn’t as extreme as some examples I’ve read, I just don’t appreciate watching the heroine struggle and be taken advantage of.  It doesn’t make the resolution and happy ending sweeter for me, it just brings me down.

Another strike against the story is that its main subject is feminism as much as it is the fairytale and much more than it is the romance.   I consider myself a feminist, so I bring that bias in with me when I read the story.  I don’t mind a story that features feminism, and I don’t even mind about reading the costs and benefits of a life with and without feminism.  I did get tired of it being so much of what the story was about.

On the positive side, it was an extremely creative retelling of the Rapunzel story!  The tower that Rapunzel was in wasn’t quite literal, but it was the way her grandmother raised her.  There was even a cool look at two different types of towers Sage was kept in.  I really liked this version of Rapunzel.

For all of these reasons, the story was difficult for me to grade.  As a fairytale, it gets and A+.  As a romance it’s a D or an F.  So I’ll settle for a C+.  I’d recommend it to readers who enjoy a great fairytale retelling, but don’t expect too much romance.  Can you recommend a fairytale retelling that does have a great romance, too? 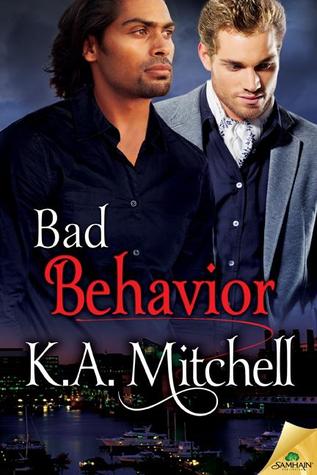 Beach (David Beauchamp) is on probation awaiting trial for a series of bad decisions he’s made.  Despite the “no alcohol” rule that goes with his probation, he goes to a bar and looks for a hook up.  Fortunately for him he finds one with a sexy and bossy man who leaves him with wishing he could see him again.  Unfortunately, he does see the man again – he’s Officer Tai Fonoti, Beach’s parole officer.

The connection between them is still electric, but Tai knows it would be unprofessional to see Beach again.  He even arranges to have Beach’s case transferred to another probation officer.  He doesn’t plan on the temptation that comes when Beach reaches out to him for another taste of the dominance he got in the bar.  Beach knows nothing about a D/s relationship, but he knows he wants more of what Tai has.

I enjoyed this story.  It made me majorly book cranky – I didn’t want to put it down.  It also puzzled me, and put me in a bit of a dark mood.  Beach has a pretty messed up life, and it’s amazing that he’s still around after all the self-destructive choices he’s made.  He seems to roll through life with a cute smile and lot of money and not many friendships.  He comes off as pretty naïve, bordering on stupid at some points.  He does change and mature throughout the story, but it came off as motivated by Tai and wanting to please Tai more than it was about him really maturing.  Whereas Beach seemed self-destructive and oblivious at the beginning of the book, by the end he was reliant on Tai and seemed nearly unable to function without him around.  There were times that it felt like Tai had a parental role over Beach, and I didn’t like that.

Tai was comfortable as a dominant.  Comfortable enough to seek advice from a mentor and to question himself and his choices.  I really appreciated that – I’ve read too many omniscient doms that just didn’t seem realistic.  At the same time, I felt like he and Beach didn’t do enough talking.  They seemed to be moving toward a 24/7 D/s relationship, but the two of them never talked about what they wanted.

However, their relationship was well written.  Even though I didn’t necessarily like where it was headed (without them discussing it) it was understandable and believable that these two characters would handles things in the way they did.  The sex scenes – and there were many! – were very hot and very well written.  There was some D/s that was not sexual, and that was a new thing for me.  I thought it was well written, because I understood what they each got out of the relationship and why they’d want such a relationship.

There are some snarky comments to lighten up the story – I especially enjoyed Tai’s struggle to find commands for Beach that wouldn’t confuse his dog.  Snarky characters from other books were also enjoyable.

This is the fifth book in the Bad in Baltimore series.  I read the first and second books several months ago (and enjoyed them!) but then skipped ahead to this one.  I could tell that I’d missed some character backstories, but it was easy to read this one on its own.